APIs are the new railroad

Anyone that exchanged thoughts with me knows I’m a big fan of APIs as a means to create new propositions, business models and validate products or services used by customers on a global scale.

For me, technology is of the utmost importance in this day and age. I totally buy into Marc Andreessen's vision that "software is eating the world".

Now that we got that out of the way and I have confessed my bias, why should you believe in APIs? What does it mean for you – especially if you don’t necessarily like or want to have anything to do with technology.

To better explain why you should care, let’s go back in time.

In his book, Sapiens, A Brief History of Humankind, Yuval Noah Harari, does a fantastic job of explaining how Europe conquered the world against all odds. Harari kicks it off with following statement: "Between 1500 and 1750, Western Europe gained momentum and became master of the 'Outer World', meaning the two American continents and the oceans. Yet even then, Europe was no match for the great powers of Asia. Europeans managed to conquer America and gain supremacy at sea mainly because the Asiatic powers showed little interest in them".

You might be asking yourself, why does this matter? What are the implications, or even the analogies that we can derive from this? And, what is the connection with the fact that "software is eating the world"? Let's dig a little bit deeper so that we can make sense of it.

First of all, and according to the writer, it is important to note that in 1755 Asia accounted for 80 per cent of the word economy. India and China alone represented two-thirds of the global economy. Europe, in comparison, was an economic dwarf. However, after 1850, the power shifted completely to Europe as a result of a new global order and culture. Harari defends that the European domination relied to a large extent on the military-industrial-scientific and technological advancement.

It was indeed a fact that at the time, Europe was going through their Industrial Revolution. However, during that period, the technological gap between Europe, India and China was almost non-existent. Harari challenges the reader with the following question: "..the technology of the first industrial wave was relatively simple. Was it so hard for Chinese or Ottomans to engineer steam engines, manufacture machine guns and lay down railroads?"

"In 1880, the West boasted more than 220,000 miles of railroads, whereas in the rest of the world there were but 22,000 miles of train lines (and most of these were laid by the British in India). The first railroad in China opened only in 1876. It was 15 miles long and built by Europeans - the Chinese government destroyed it the following year. In 1880 the Chinese Empire did not operate a single railroad." - Yuval Noah Harari

In case you are guessing, the answer to the question above is: No! It was not difficult for the Chinese or Indian Empire to copy European technology. The problem wasn't the lack of knowledge, they lacked the values and myths that took centuries to form in the West and which could not be copied rapidly.

The railroad was not an advanced technology wizardry and anyone that wanted to copy it, could. Europe believed that by building railroads across different geographies, canned food could reach their soldiers, medicines could reach doctors, and supplies could be quickly deployed where they were needed. Goods and information could travel fast. As a result of this creed and, in a way, social structure and new global order, Europe was able to steam ahead. These logistical advances played a very big and important role in the European economic growth.

Today, nobody questions the importance of the railroad. Trade, as we know it, couldn't exist and it would have been extremely difficult for the Industrial Revolution to have happened. I am clearly simplifying things here, but the point that I am trying to make is that it would be very hard for you to build an iPhone manufacturing plant in China if all the components weren't built there. How would you transport the chips to your plant? Could you get the screens to the assembly line in time? What would happen if you wanted to change your suppliers and they were outside of China? In short, the overall infrastructure grid that manufacturing, trade and commerce depend on are the "pipes" of the global economy and, to same extent, engines of innovation.

Fast forward to today, we live in the Digital Era, a point in time where technology increases the speed of knowledge within the economy and society. We move faster, are always online, ever connected and in constant interaction with information, being it for leisure or work. 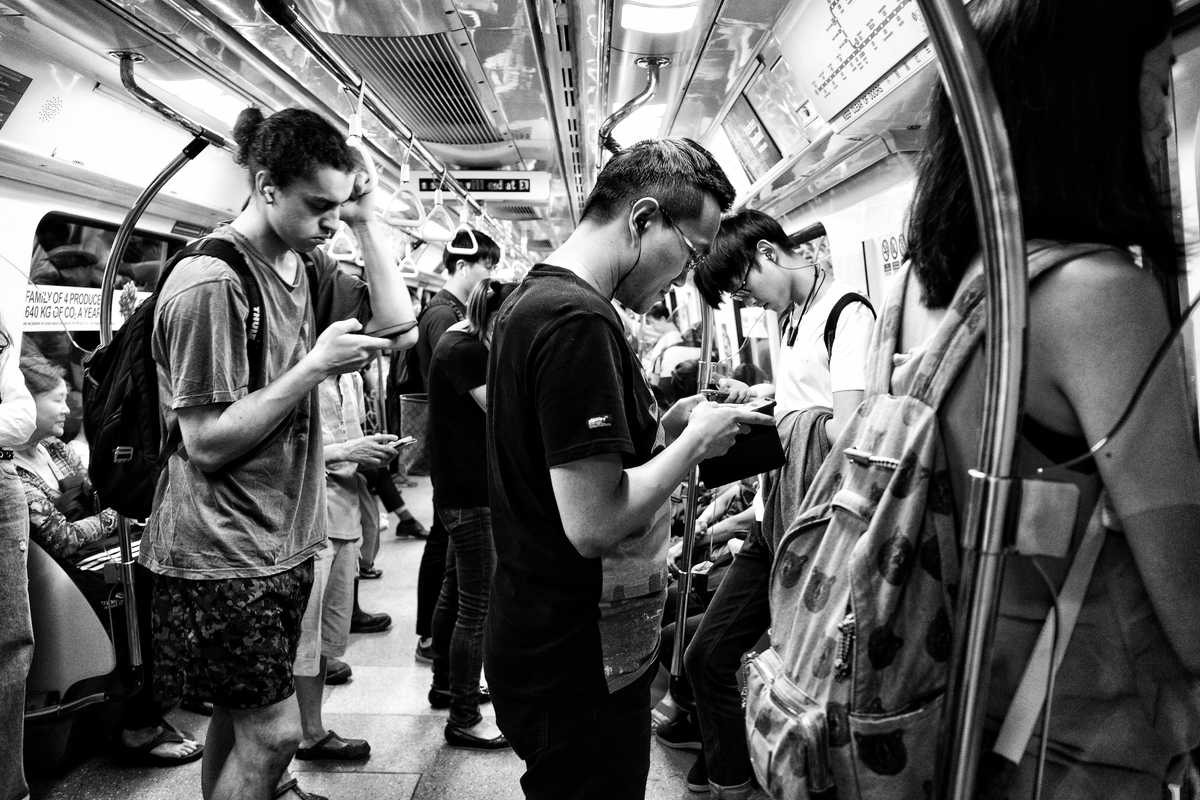 Same startups, aware of this change, have built multiple value propositions to serve a rapidly digital native population. As a result of all these new propositions, user behavior and expectations have changed drastically – we all want and need mobile digital experiences.

No need to dwell on this point to much. What is important to acknowledge here is that this big transformation is not only happening in B2C, but also in B2B. And this is a game changer for governmental organizations, non-profits and the corporate world.

While the startup revolution started out slowly, it gained great momentum with the shift towards software as a service or SaaS models. This new model had great implications on how companies buy software given that businesses, over time, increasingly prefer software propositions that can help alleviate the hassles of integration, management, operations and procurement.

Today we keep hearing words like: Digital ecosystem, seamless customer journey, platforms, etc... These concepts are ubiquitous, but what do they mean in practice? And why are they possible today? Simply put, they are the result a fully integrated technology landscape via Application Programmatic Interfaces, or APIs.

APIs are the new railroad connecting the world

I’m not sure if you realize, but you are reading this post through an App that uses hundreds of API's to work. In fact, the standard simple web browser uses thousands of APIs to render information so you can read it on your screen.

The companies that you probably love – Uber, Airbnb, and many more – have a vast number of third-party APIs. Uber, for example, uses Google Maps for global maps, twilio for communications and Braintree for payments. What is interesting is that these new companies realize they are better off being interconnected in a seamless way, than on a closed network. Uber doesn't want to build a global mapping infrastructure, communication tools or payment rails – but they can't live without them. In a similar way, Apple doesn't want to own and build all the components of its iPhone, and they shouldn't. Apple is smart – it selects and builds the core parts of their business and outsources the rest.

Apple’s business model is only possible due to the existing logistic infrastructure. Similarly, Uber’s value proposition wouldn't exist without APIs. API-first companies, and as a result, API-first products are far more extensible, are easier for customers to integrate with and have the ability to create and foster fantastic communities around different use cases. Companies such as Gatsby, Airtable and Algolia, to name a few, are great examples of startups that have built fantastic communities around their products.

What does this mean for corporates?

Time has showed us that the Chinese Empire, was on the wrong side of history regarding the railroad. As mentioned previously, the technology gap was not that wide, however the Chinese didn't believe that railroads were a big economic propeller. They have learned their lesson and are now betting big on the API economy. Companies like Alibaba, Tencent and Baidu are growing at an incredible pace as a result of their API ecosystems.

Despite the fact that some can perceive APIs as a kind of technology wizardry, they are indeed a new way to create and exchange value akin to railroads in 1750. Corporates should embrace them as an opportunity to either consume or deliver products and services from or to third-parties.

While there are a lot of challenges ahead, especially considering topics such as data protection and cyber threat, the opportunity of leveraging APIs far outweighs the risks. To some extent, the railroads also faced their own cyber punks – Jesse James was one of the first bandits to hold up a moving train.

Are you more concerned about today’s version of Jesse James? Or do you want to leverage the new railroad?

The most important problem of our times

Thinking about my headless CMS, week 4 of my #100DayProject

Embedded fintech is the new thing

The power of building from scratch

Udacity React nd, the good, the bad and the ugly!

No spam! Only good stuff!